Review the reference table offered by NIH for contact/submission information.

Upon issuance of the CoC, notify HRPPCoCgroup@umich.edu 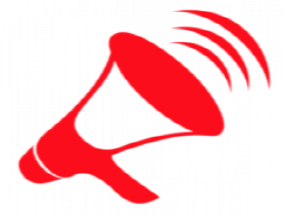 Before applying for a certificate of confidentiality, U-M investigators must first obtain a review of the application package by the U-M HRPP.

A Certificate of Confidentiality (CoC) protects the privacy of human research participants by prohibiting forced disclosure of their individually identifiable, sensitive research information, records, or data to anyone not associated with the research, except when the participant consents to such disclosures or in other limited specific situations.

CoCs are generally issued by a U.S. federal agency, most typically by the National Institutes of Health (NIH), as a term and condition of funding on an award sponsored by that agency.

The National Institutes of Health (NIH) automatically issue a CoC for a human research study as a term and condition of the funding on an NIH-sponsored award.  A principal investigator (PI) does not need to apply for a CoC on an NIH-funded project and the NIH does not issue a separate CoC document.

An NIH-issued CoC cannot be extended or amended.  If changes are required, or should NIH funding end and new participants are still being enrolled or data or biospecimens are still being collected from existing participants, the Principal Investigator (PI) must apply for a new CoC using the NIH's online CoC system.

Effective October 1, 2017 all NIH-funded research commenced or on-going as of December 13, 2016, were issued a CoC as a term and condition of the NIH award.  If the CoC was not discussed in the consent document, researchers may have to notify current subjects about the CoC and/or update the IRB application and revise their informed consent document(s).  Discuss this with the IRB having oversight authority for your research and submit an amendment to make the changes, as instructed by your IRB.

NOTE:  If the PI obtained a CoC prior to the 2017 NIH policy implementation and subsequently obtained NIH funding for that project, CoC coverage will be based on the date allowing for the most time (e.g., "old" CoC expires 2020 but NIH funding ends 2022, CoC coverage is good until 2022).

Effective September 1, 2019, the U-M HRPP no longer accepts signed CoC Assurances from unfunded collaborator/multi-site researchers (i.e., not an NIH direct or sub-award recipient or U-M sub-contractor who is paid with NIH monies).  If collecting identifiable, sensitive participant data/biospecimens, unfunded collaborator/multi-site researchers must apply directly to the NIH for a CoC to cover their research activities in the project.

For unfunded U-M researchers working on a project where the Lead site holds a CoC via funding, or where an unfunded Lead site holds a CoC via direct application to the NIH, U-M will not sign that institution’s CoC Assurances.  The unfunded U-M researcher must apply directly to the NIH for a CoC to cover their research activities in the project, if the work involves the collection of identifiable, sensitive data/biospecimens and falls within the NIH mission.

Where a ceding agreement between U-M and another institution (or private IRB) is in place, it is up to the Deputy Institutional Official's (DIO) discretion whether to sign the CoC Assurances on behalf of U-M on a case-by-case basis.

When to Use the NIH CoC Application System

PIs should review the NIH CoC policy to learn about the expanded protections and limitations around disclosures and be prepared to discuss the CoC protections, limitations, and application process with all collaborators as part of project planning or on-going communications, including with sub-awardees, sub-contractors who will collect, receive or access identifiable, sensitive data. This may include ensuring that any sub-awardee/sub-contractor includes the required CoC text in consent/assent documents.  Communication of the CoC information may also be covered by the sub-award/contract.  For additional guidance, review the NIH resources in the References & Resources section below.

It is the PI's responsibility to ensure that:

Contact HRPPCoCgroup@umich.edu for questions regarding Certificates of Confidentiality for human research.

The confidentiality of identifiable persons and establishments in AHRQ supported research is protected from disclosure by the Confidentiality Statute, 42 U.S.C. § 299c-3(c). This Statute restricts the use, publication and release of identifiable information about individuals and establishments obtained in the course of activities undertaken or supported under Title IX of the Public Health Service Act.  As such, it is unnecessary for AHRQ recipients to hold a certificate of confidentiality for research projects.

Researchers should plan to include a concise statement about the limitations on disclosure of research data under of the Confidentiality Statute in their informed consent document.